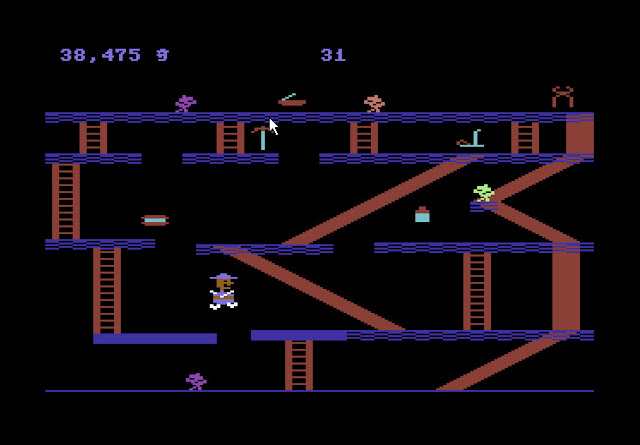 An early platform game and apparently an inspiration for Manic Miner, Miner 2049er takes place over 10 levels set in Nuclear Ned’s abandoned uranium mine.  The plot involves your character, mounty Bounty Bob, searching the mine for a murderer called Yukon Yohan (they love these double initial names).  To progress through the game you need to ‘claim’ each platform on each screen by walking over it, thus making it a solid colour.  Once you have walked over all the platforms on the screen you progress to the next level.  There are creatures roaming around the platforms which kill on contact and various items to collect.  You can pick up the items for bonus points and once collected they cause the creatures on the screen to smile for a short time.  While they are smiling they can also be picked up for further points.  As well as losing a life by touching the creatures, lives can be lost by falling too far or running out of time – the time limit can be quite strict on some of the levels.

Definitely a playable, sometimes frustrating game that has stood the test of time although as with most games of this era you need to look behind the basic graphics and sound.

Just a quick word about something that really, really irritates me with games like this and with this game in particular. Well, not so much the game itself but the plot that was written for it.  In the instructions you are given a back story and a goal.  You get through the 10 levels to complete the goal and what happens?  Do you get a congratulations screen? A short animation? Bonus points?  No, you get unceremoniously dumped back at the first level again.  What happened to Yukon Yohan?   What’s the point of going to the trouble of writing a plot for a game and how to complete it if it’s never ending and can’t ever be finished?  I was seriously pissed off when I ran over the last piece of platform on the final level and expected something to happen.  Grrrrr. 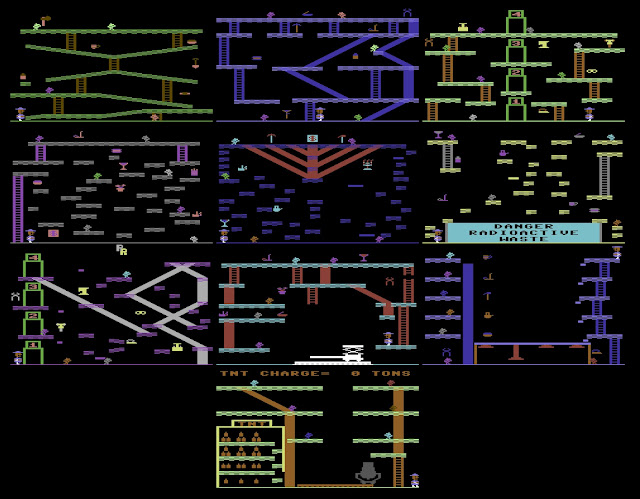