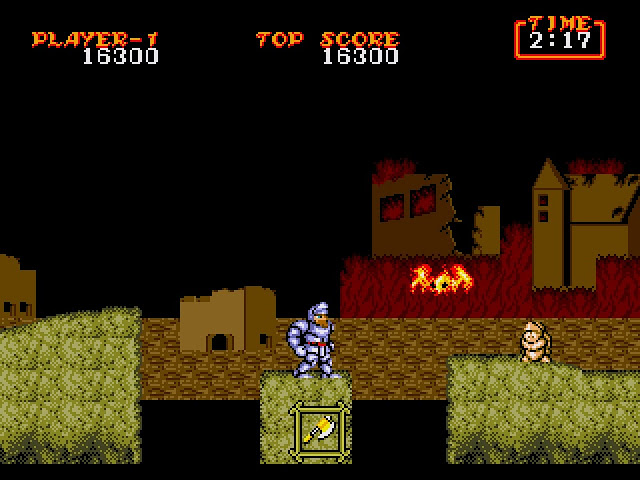 It may have had mostly monochromatic graphics and farty sound effects but I used to love Ghosts 'n Goblins on the Sinclair Spectrum.  Until now I had never really tried its sequel, Ghouls'n Ghosts.  All I knew is that it has basically the same gameplay and a reputation for being as hard as nails.  I have already excluded several games from the blog for being too difficult but I’ll let this one pass as it is so damn addictive.

The conversions I tried from my shortlist were for the Commodore Amiga and (or Genesis if you prefer) from 1989.  From 1990 I sampled the PC Engine and Sega Master System adaptations.

This just leaves the conversion of Ghouls'n Ghosts.  It came early in the life of the console and is often cited as being one of its best games - something I find hard to disagree with.

Once again you are cast in the role of Sir Arthur the knight.  This time his quest is to restore souls, including that of his beloved Princess Prin Prin, that were stolen by Loki (or Lucifer on the non-Sega versions).  To this end you must make your way through 5 levels of nasties including zombies, buzzards, fiery bats and other demonic monsters.  Each level ends in a boss fight. 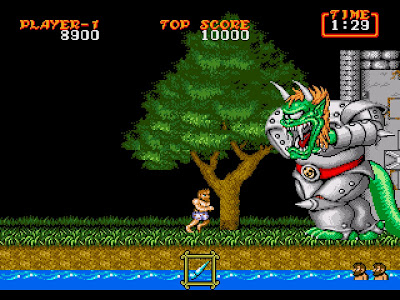 Ghouls'n Ghosts starts you off in a graveyard armed with a throwing lance.  Despite wearing a suit of armour, Arthur is quite spritely.  He can leap, duck, run, and shoot upwards and downwards (while jumping).  If Arthur is hit he loses his armour and has to continue on in his boxers.  If he is hit again he turns into a pile of bones and loses a life.  Each stage has a time limit and you also lose a life if the clock counts down to zero.

The main enemies in the graveyard are zombies which shamble up from the ground.  The occasional zombie, as do some other monsters in the game, carries a pot.  Once killed these monsters drop objects such as different weapons or items for bonus points.  Aside from the lance, weapons include axes, flaming torches and a sword.

At certain points a chest bursts forth from the ground.  These can contain extra armour (if you’re down to your underwear), golden armour (if you’re already wearing some) or an evil magician.  The golden armour upgrades your current weapon to give you a charge shot.  The magician can turn you into a shuffling geriatric or a harmless duck for a few vital moments. 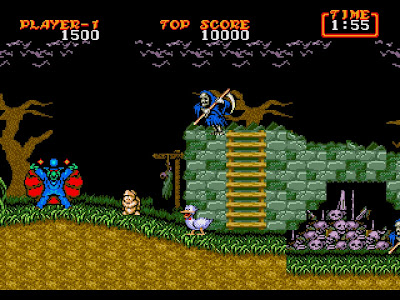 As for the difficulty….. hmm.  Yes, it is very tough but practice can get you a bit further each time.  There are some unfair moments, however. For example on the second level where sections of rope bridges collapse without warning above ant lions – even a full suit of armour won’t stop you losing a life here. After a few hours playing I can usually get through the first level and most of the second without losing a life.  If you do lose a life you start again from either the beginning or midway through the level.  One thing I didn't notice at first is the word ‘Practice’ at the bottom of the screen.  This is the default setting but from the options menu you can select a ‘Professional’ mode which makes the game even harder (not as hard as Daimakaimura).  The real kicker, though, is that once you have completed all 5 levels, you have to do them once again in order to collect a special weapon with which to defeat Loki.

I don’t know how the game compares to the arcade version in difficulty.  Daimakaimura on the PC Engine version is certainly closer in terms of graphics but in the playability and fairness stakes the Sega has it licked.  It therefore deserves a place on my blog.
Example gameplay 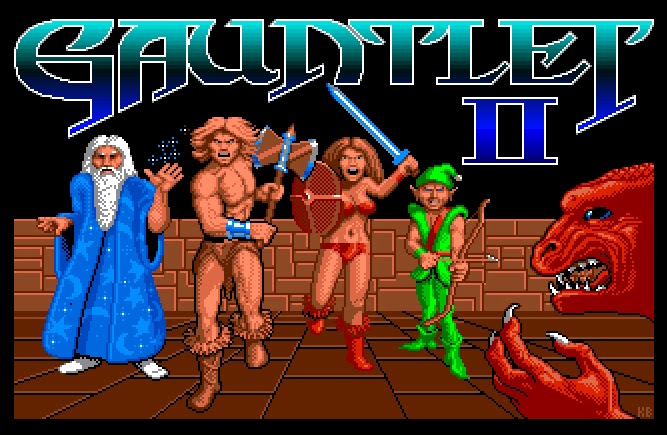 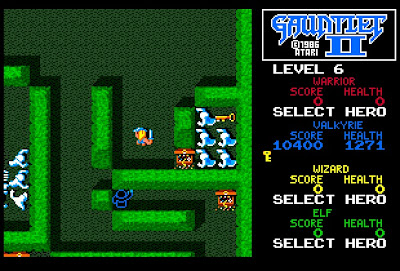 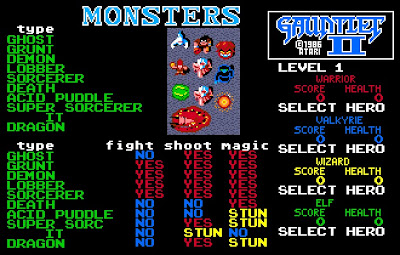 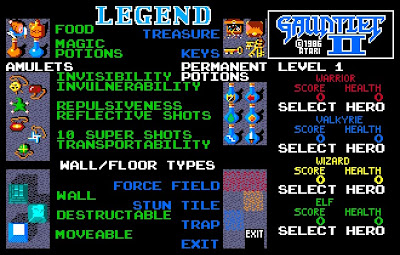 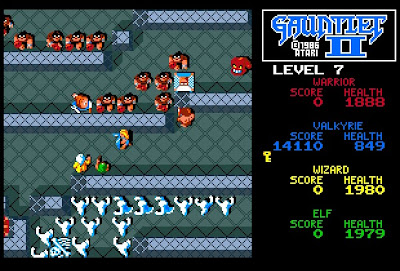 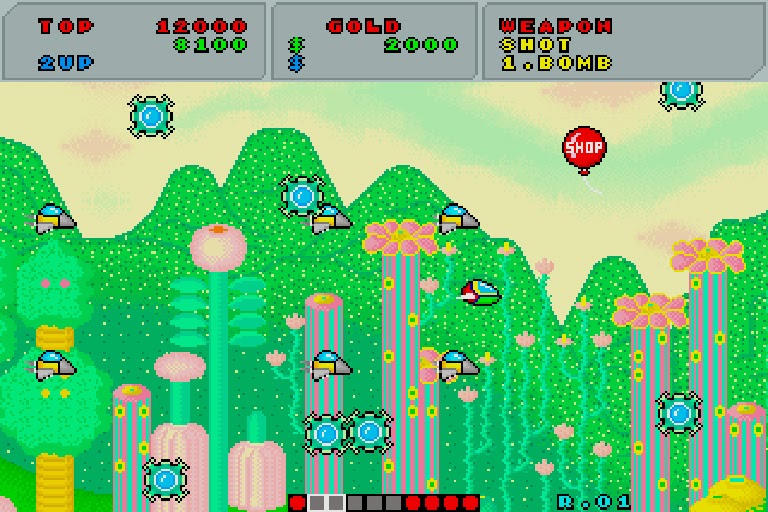 Fantasy Zone is a conversion of the Sega arcade game from 1986.  I played the Master System conversion from the same year but didn’t think it that great.  1989 saw it released on the NEC PC Engine console and Sharp X68000 computer.  From previous experience I knew the Engine would struggle against the mighty X68000 and I wasn't wrong.  Fantasy Zone on the latter looked better, sounded better, was faster and had sharper controls.  It also has parallax scrolling which is lacking on both the PC Engine and Master System versions.

The plot says that the planet Menon has caused the collapse of the interplanetary monetary system.  Someone is leading their forces to steal all the money from other planets to build a huge fortress in the Fantasy Zone.  Playing as Opa-Opa, you must destroy the invading enemies and put an end to their plans.

The game takes place over a horizontally scrolling play area.  The play area wraps around indefinitely and you can fly in both directions.  The primary aim of the game is to take out the enemy bases in each zone.  The relative location of each base is shown on a radar at the bottom of the screen.  Each base has an indicator on the front which changes from blue to red depending on how much energy they have left.  In addition to the usual formations of nasties that fly around, the bases release more opponents to harrass you.  A boss fight ensues once all the bases have been destroyed in each zone. 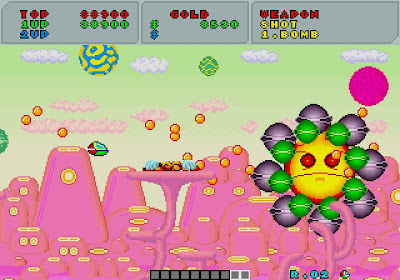 The bosses, bases and some enemies drop coins when they are killed.  These can be collected and used to buy upgrades in a shop that appears in the form of a red balloon.  Main weapon upgrades are time-limited and you get a limited quantity of upgraded bombs.  Ship upgrades stay until you lose a life.  These upgrades get progressively more expensive each time you buy them. 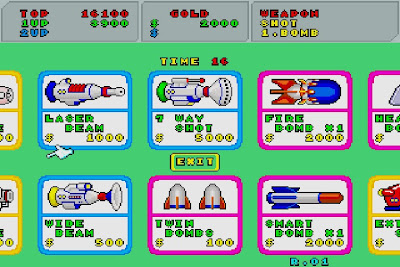 In spite of it's cute and colourful looks, Fantasy Zone is a very challenging shoot 'em up.  Like all good arcade games it is also addictive, having that 'just one more go' quality.  In all another impressive arcade conversion on the X68000. 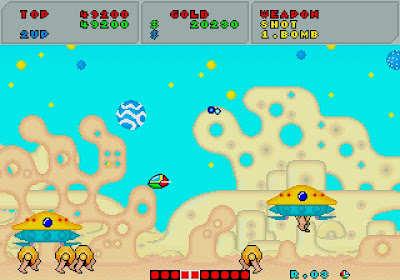 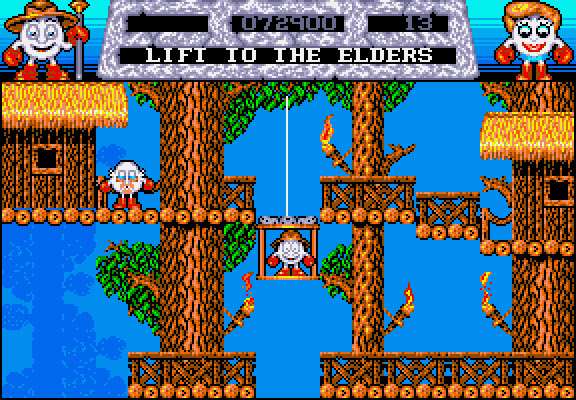 Fantasy World Dizzy is the third in a series of graphic adventures featuring the anthropomorphic egg.  Dizzy has already featured on the blog but I omitted Treasure Island Dizzy as it only gave you a single life which I found somewhat harsh.  Fantasy World Dizzy makes amends as you start the game with three lives.

As usual I tested the game on various platforms to find the best version.  The Spectrum, Amstrad and Commodore 64 incarnations are basically unchanged from Dizzy where the graphics are predominantly black.  The 16-bit versions on the Commodore Amiga and look much better with higher resolution graphics and a lot more colour.  Unsurprisingly for this era they look and play identically. The only difference is the music playing throughout where the Commodore machine just pips the Atari’s jaunty chip tune.

In this game Dizzy has to rescue his girlfriend, Daisy, who has been kidnapped by the Evil King's troll.  Daisy has been taken to Wizard Weird's tallest tower while Dizzy has been consigned to the King's dungeon.

The gameplay is pretty much the same as the previous games with Dizzy somersaulting his way around the landscape.  As before, he must find a use for the various objects scattered around in order to save his beloved.  He can carry up to two items in his inventory (or four when you find a bag).  Most of the puzzles are logical and can be solved without too much thought.  In addition Dizzy must collect 30 gold coins to fully complete the game.  Some are hidden behind scenery so it is worth pressing the fire button when you find yourself hidden from view until you know where they are. 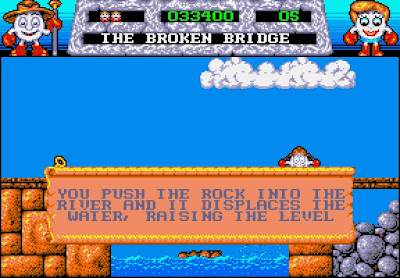 As well as Daisy, other members of the eggy clan make their debut in this game.  Speaking too these 'yolk folk' opens up a cut scene where they give up a useful object to help you progress. 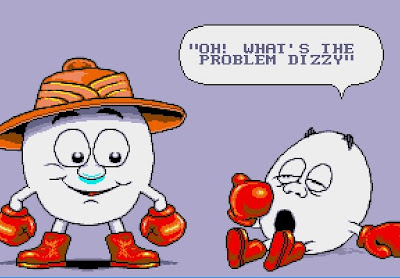 The graphics in Fantasy World Dizzy do a good job of bringing the character into the 16-bit world.  There is a tune that loops continuously throughout the game.  There are no sound effects to break up the music which does get rather monotonous after a while.  The puzzles aren't too taxing on the gray matter although some do require trial and error.  The main difficulty comes from from some of the platform elements mainly due to the somersaulting action.  This can make certain sections extremely challenging when you also have to time the jumps (damn you dragon!). Overall, though, Fantasy World Dizzy is a fun little game - especially on the 16-bit computers.