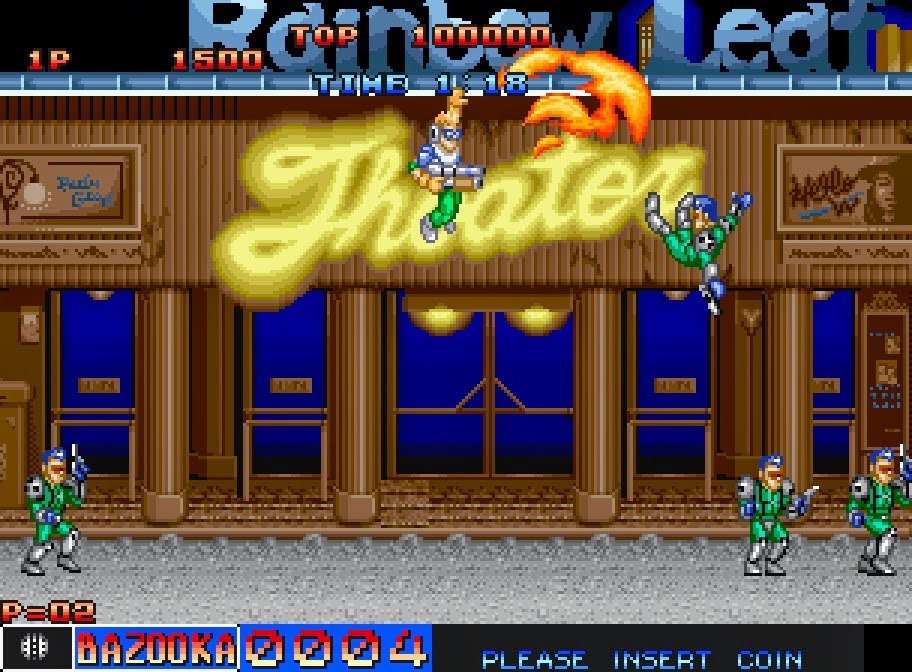 Cyber-Lip is an early title for the Neo Geo AES.  It was released in 1990 - the same year as the console itself.

The plot involves a malfunctioning supercomputer that causes all the military androids under its control to run amok.  As always, only you can save the planet.

The game is a run and gunner set across seven stages.  The player takes control of Rick (or Brook in two player mode).

The main sprites are rather, er, spritely.  The protagonists move around quickly and can jump, duck, hang off rails, and are able to shoot in four directions.  The default weapon is a fairly rapid laser gun which is handy as the enemy androids can come in thick and fast. 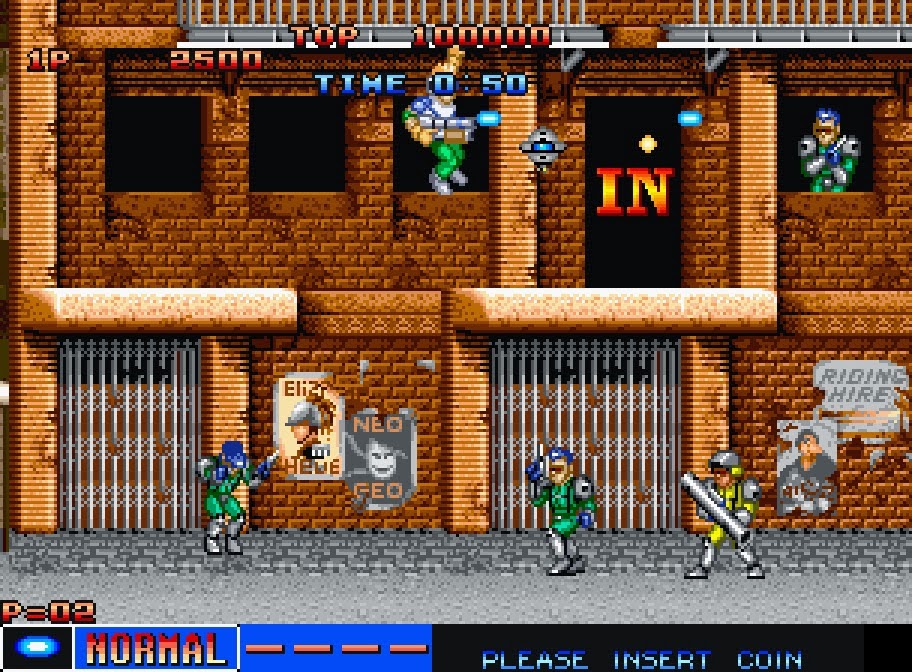 Certain opponents drop lettered icons which add additional weaponry to your arsenal.  These include a bazooka, grenades, flame thrower, wide shot and a faster firing version of the standard laser.  All these extra weapons can be cycled through and each have a finite supply of ammo. There is an ammo store midway through each stage where they can be topped up.  In addition a Core Bot can be collected.  This is a drone that orbits the player and can absorb a number of bullets before it disappears.  You are also up against a strict time limit and will lose a life should this count down to zero. 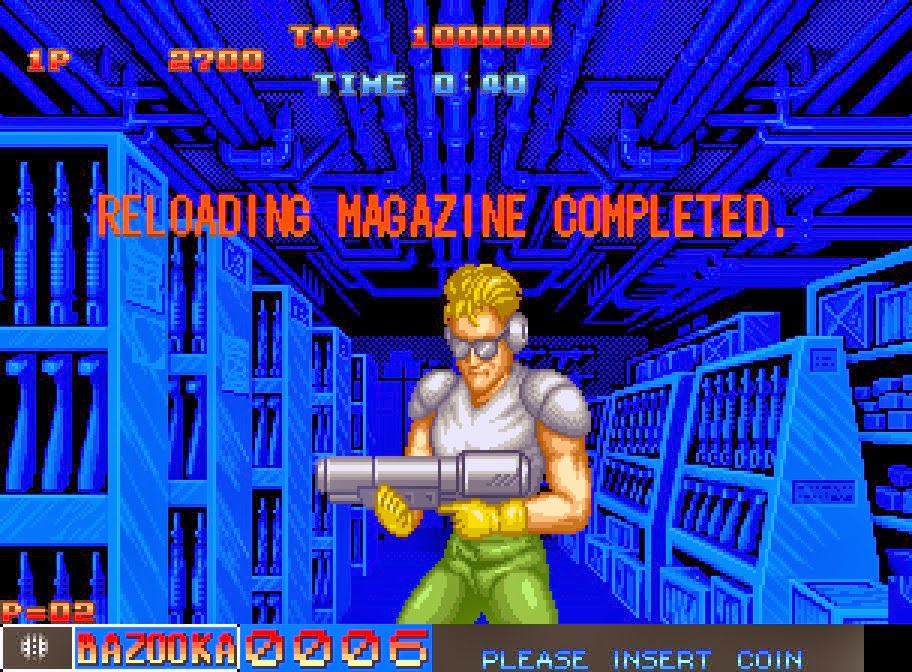 Each stage ends in boss that must be defeated to progress.  I was particularly impressed the first time I met the monstrosity at the end of the first level. 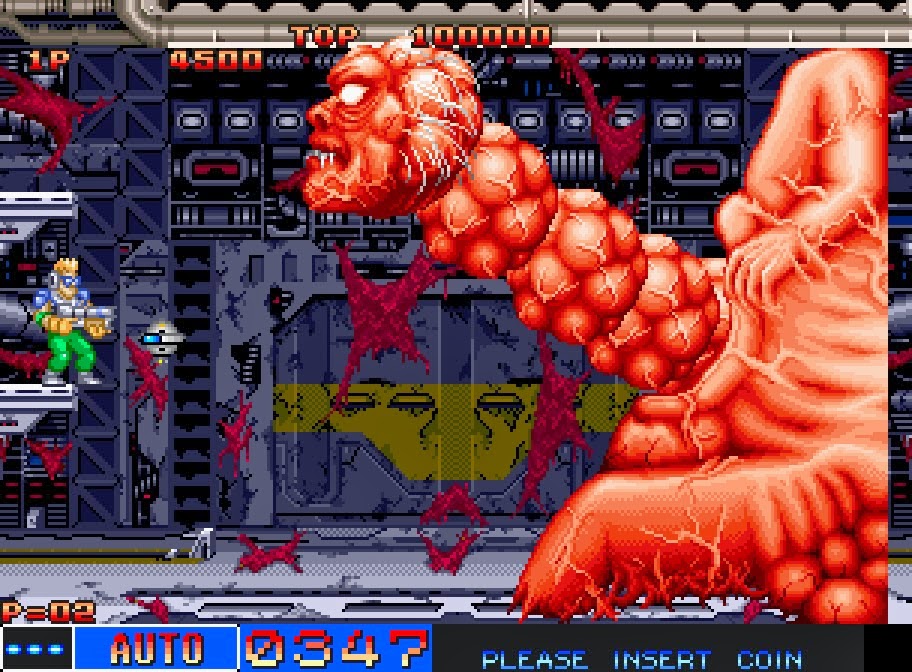 The game runs at a good pace and there are no complaints about the controls which are very responsive.  The graphics are colourful and fast, and there is very smooth parallax scrolling.  The music playing throughout the game is fairly quiet and not particularly memorable.  For the most part it is drowned out by the louder sound effects which is just as well.  I have no complaints about the difficulty level either – the learning curve is set just right. 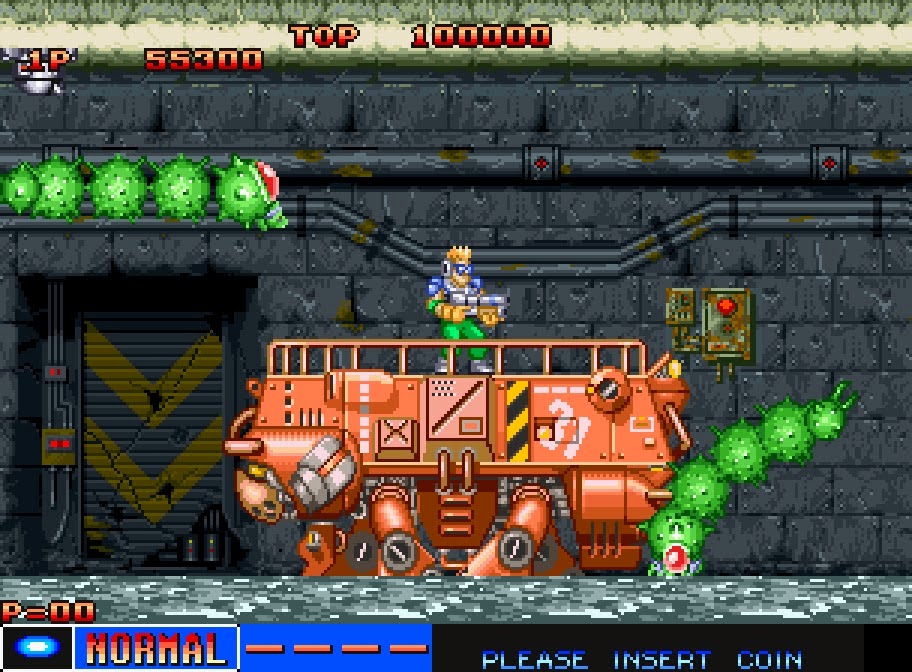 In terms of pacing and game play, if not graphics, Cyber-Lip is a little reminiscent of Metal Slug. According to Wikipedia some of the team that developed this release went on to create the latter game so they do share the same DNA.  Cyber-Lip is bog standard run and gun fare but, as an arcade quality title, that extra polish makes it good enough to get onto the blog.