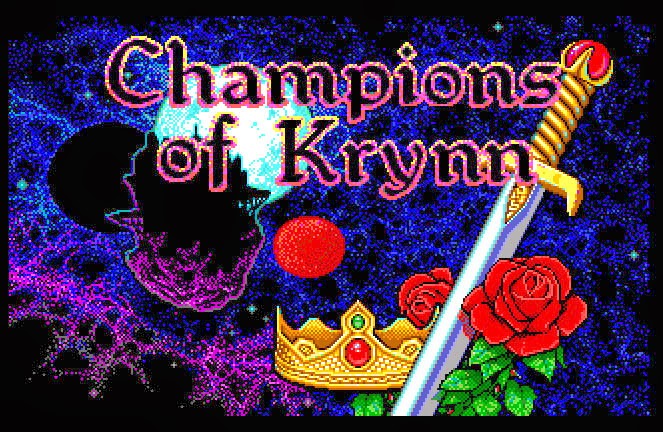 Champions of Krynn marks the start of a new trilogy of Gold Box AD&D games from SSI.  Where Pool of Radiance and Curse of the Azure Bonds were set in the Forgotten Realms universe, this is set in the Dragonlance universe and differs in many ways starting with character creation.  I will be playing the Commodore Amiga version for this blog entry.

As this is the first game in a series you have to create a party of up to six characters from scratch.  There are seven races to choose from – Human, Qualinesti Elf, Silvanesti Elf, Mountain Dwarf, Hill Dwarf, Half Elf and Kendar.  Kendar are new to the series and have their own unique weapon, the hoopak (spelt houpak in-game), for which they gain combat bonuses.  The hoopak can be utilised as both a ranged and melee weapon.  The Kendar can also taunt the enemy by using the Yell command in combat.  Affected opponents become enraged and take penalties to their THAC0 and Armour Class.

In addition to the regular fighter, ranger, magic user, cleric and thief character classes, you can also choose to become a Solamnic Knight.  Knights can only be human and must be lawful good (my least favourite alignment to role play).  They start the game wearing plate mail and carrying a long sword but must pay a tithe when entering outposts due to a vow of poverty.  The tithe is a percentage of any coins the knight is carrying and changes depending on which ‘Order’ the Knight is following.  The manual says that at least one knight is needed to complete all the quests in the game.  In addition to winning in combat and finding treasure, the Solamnic Knights also gain experience by doing 'knightly' deeds (whatever they may be).

Other differences concern clerics and magic users.  Clerics can choose a god to follow, each deity providing a bonus spell or ability.  The selection of gods depends on the alignment of the cleric.  Dwarven clerics can only worship Reorx who gives bonus of +1 to THAC0.  Mages come in two guises - Red Robe or White Robe, again dependant on alignment.  The main difference is the type of spells they have available but as both can cast magic missiles, stinking clouds and fireballs I wasn't overly concerned.  Each type of mage is also affected by the phases of the moons which govern bonus spells, saving throws and their effective level.

One major change Champions of Krynn has over the Forgotten Realms universe is the racial limits.  In the Forgotten Realms games, any non-humans had limits on what levels they could reach.  There are still limits in the Dragonlance universe but only for certain classes.  For example, elves can reach maximum levels as clerics, rangers and magic users.

Rolling good characters does not take long as the values given are on the generous side.  This came up after only a handful of re-rolls…. 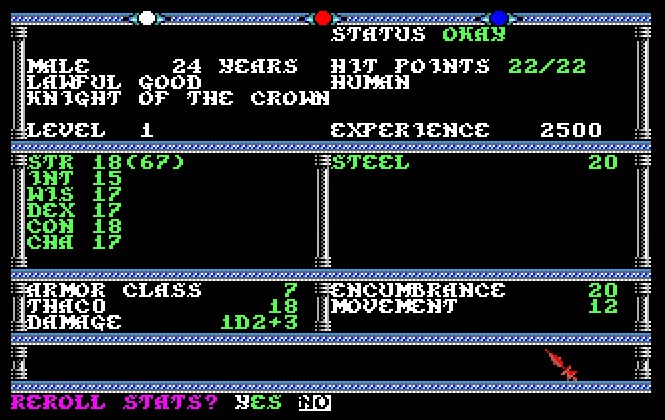 I am slightly concerned my party may be lacking in melee characters – I would preferably have had one more.  The manual shows a lot of undead creatures in the bestiary which is why I have four characters who can cast cleric spells and ‘turn’.  This is the party I have chosen…. 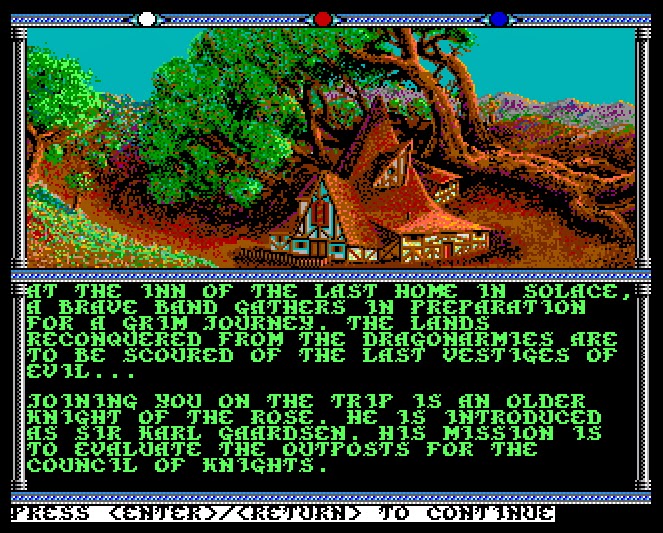 The game starts at an outpost in the northwest corner of the world map.  You are joined by another Solamnic Knight, Sir Karl, and have options to visit the Commandant's office, training hall, temple, vault, bar, inn or the armoury.  The Commandant tasks you with investigating the nearby town of and to report back if you see anything suspicious.  On the way you come across a caravan being attacked by draconians.  After escorting the survivors back to the outpost you hear sounds of a fight coming from the Commandants office.  You find Sir Karl standing over the body of a Sivak draconian that was impersonating the Commandant.  Sir Karl says the outpost is severely lacking soldiers and you must return to Throtl and find a patrol led by a knight called Caramon that had not yet returned…..

I will note my thoughts and experiences below…. 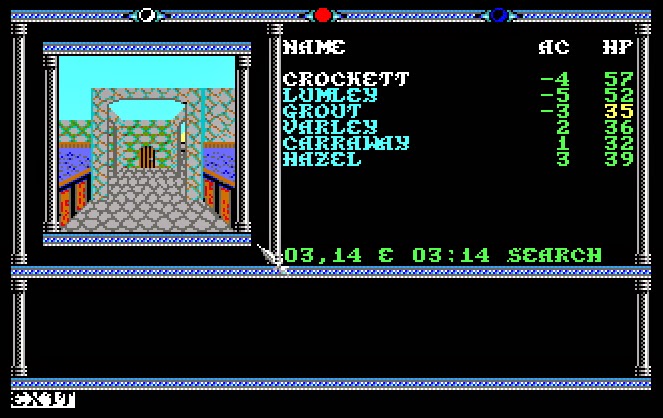 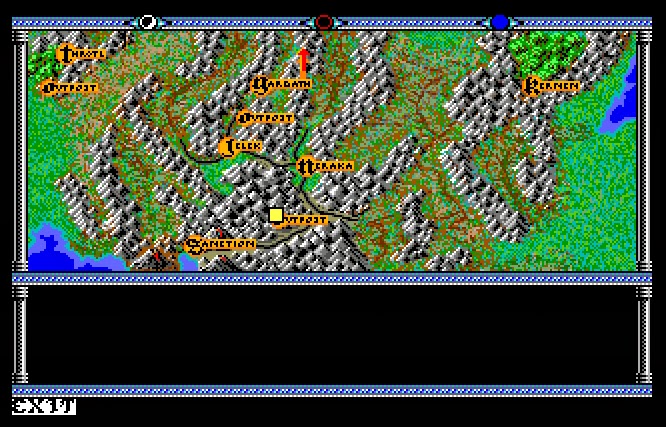 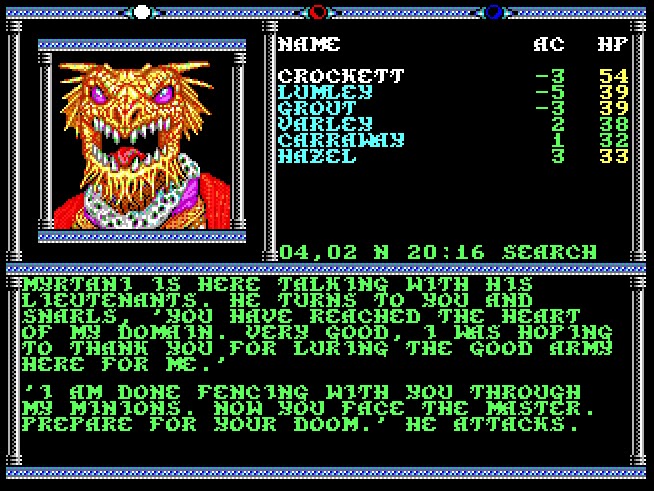 Despite my criticisms I did enjoy Champions of Krynn, just not as much as the earlier Gold Box titles.  As Zenic Reverie prophesied in his comment at the end of Curse of the Azure Bonds, “Enjoy these first two, as the rest of the series gets kind of stale from what I recall”.  I think he may be right.
Posted by Wingnut at 18:42