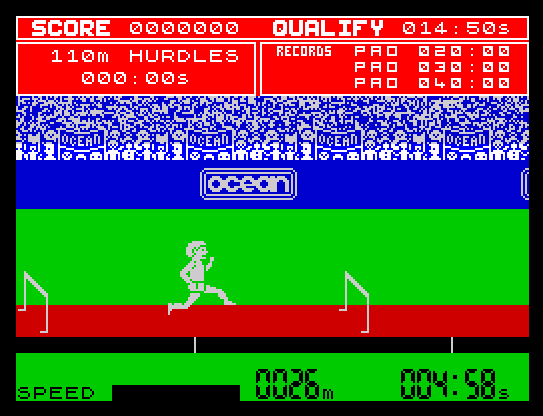 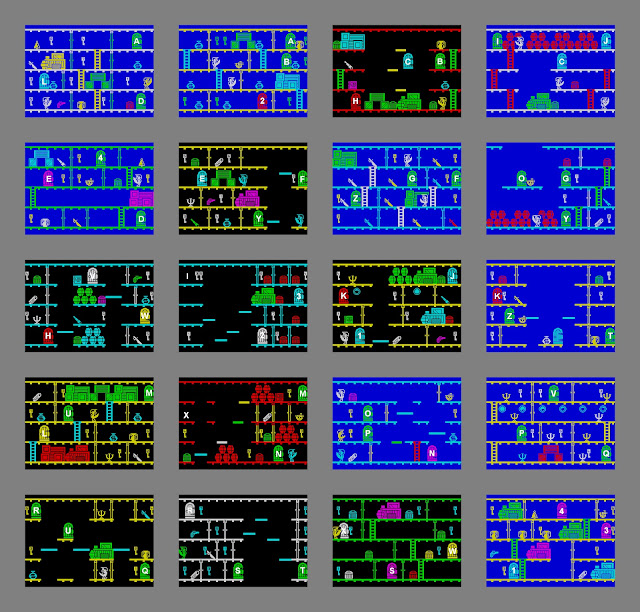 Even though I never owned Commodore 64 I attempted to keep an eye on the ‘competition’ so to speak, yet this game somehow slipped under the radar.  On discovering this little gem my jaw hit the ground. The game looks so ahead of its time for 1984 and I was surprised I had never heard of it.  Maybe it was never released in the UK; I don’t know.  It is one of those games you knew the Spectrum would never have been able to run not least because it came on these new fangled things called floppy disks.

Below The Root is a graphic adventure game set in the world of Green Sky.  Your ultimate goal is to discover what has happened to someone call Raamo, a character who was trying to unite the two races in the game but has subsequently disappeared.  You start by selecting one of several characters, each with differing abilities and starting points on the map.  You begin the game in your own abode (or nid-place as it is called) and have to explore the world of Green Sky, talking to the inhabitants in order to find clues on what happened to Raamo.

The game covers several dozen screens set above, on and below the ground.  It also incorporates some very basic platforming elements due to the bulk of the environment being set in the branches of trees. There are several items you can pick up or purchase which help you get around.  These include ropes, lamps, trencher beaks and shubas.  Trencher beaks can be used machete-like to cut through undergrowth and a shuba is garment that enables you to glide between trees and prevent injury when falling.  You also possess ‘spirit skills’ which are psychic-like abilities.  You can use these to read minds, teleport items (or yourself) and to make tree branches grow.  You don’t have all the skills at the beginning of the game but they can be increased by speaking with key characters.

Although you can’t die in this game you do have a limited amount of stamina and food.  Stamina is sapped by running about and getting hurt.  If either of these stats reach zero you fall unconscious and are transported back to your nid-place to recover.  This takes precious time from your 50 day time limit.  Stamina can be replenished by resting and food can be bought, found or is occasionally offered.

One outstanding aspect of the game is that it is entirely joystick driven with very intuitive controls.  You use the joystick to move your character around and a SCUMM-like menu can be called up anytime for other commands.  All very slick for the time.

Technically the sound is somewhat basic, limited to spot effects and short, simple tunes whenever a major discovery is found.  The graphics, however, are varied, colourful, detailed and well animated for the time.  Overall Below The Root is a great game and would have been well ahead of it’s time when it was released. One bonus for me is that it's not too difficult because I'm crap at adventure games.  It's just a case of pense and speak to everyone and follow their hints, rather than finding uses for unrelated objects for obscure purposes.  This is one of those unsung classics I had hoped to find when starting out on this project.

Below The Root map

Email ThisBlogThis!Share to TwitterShare to FacebookShare to Pinterest
Labels: 1984, Games B, Platform - Commodore 64 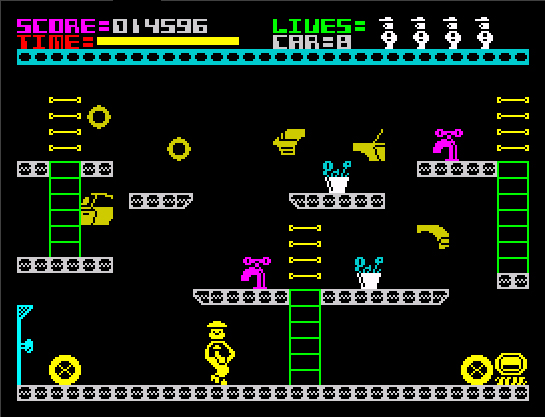 Colour-clashtastic!  Automania is the first in the series of games to feature the Week family.  In this platform game you play Wally Week as he works in a car assembly plant.  You have to guide Wally as he picks up various parts of car bodywork from the stock room and carries them to the assembly room to place on the car chassis.  There is a time limit which resets when each component is fitted.  You start by assembling a 2CV and once complete you are promoted to the next car and gain a life.  For each car you complete, the stock room changes with the parts harder to reach.  There are various automotive related obstacles to avoid or jump over such as fans and crankshafts falling from the ceiling with wheels and something unidentifiable moving across the floor.

This is another game with that one more go vibe as you want to see what car comes next.  The sound has basic spot effects and an annoying tune which you’ll want to turn off after 30 seconds.  The sprites are big and colourful but clash horribly although none of these detract from the playability.

Goodbye Atari 5200 - The 5200 was discontinued just 2 years after it was introduced and a full 7 years before the console it was designed to replace.

Hello Amstrad CPC - Released in June 1984, it completes the triumvirate of 8-bit computers that dominated the market for the next few years.

Hello EGA - PC owners play games too, you know!  The Enhanced Graphics Adapter introduced by IBM in October was a massive improvement over the eye watering CGA graphics.  It could display 16 colours simultaneously from a palette of 64.

For me 1984 marks the start of a golden age in home computing.  The market was dominated by 8-bit home computers so the video game crash of 1983 did not affect us.  Video game development had been moving away from bedroom coders and towards software houses that still weren’t afraid to experiment and release original or ‘off the wall’ titles.  Additionally, the limits of the 8-bit machines were being reached pushing out some truly seminal titles that could not have been dreamt of just couple of years earlier.  This era lasted well into 1986 when the 16-bit computers and Japanese consoles started to dominate the market.

Games I’m looking forward to but have never played….

H.E.R.O.
Impossible
Underwurlde
Posted by Wingnut at 21:53 No comments:

Super Pipeline is an excellent arcade game for the Commodore 64. The object of the game is to keep a series of pipes unblocked until you collect a set amount of water in a barrel at the bottom of the screen. Enemies appear in the form of saboteurs and insects that climb a ladder to the side of the screen. When they reach the top of the screen, the saboteurs drop objects that block the pipe while the insects fall onto the pipe and need to be avoided. You have a repair man in tow who you have to guide to mend any blockages in the pipe whilst avoiding or shooting the insects. Your gun will only shoot left or right so you can’t shoot enemies above or below you.

In the early stages the saboteurs and insects can be shot while they are climbing the ladder but in the later levels the ladder is protected by a wall. Touching insects or the objects dropped by the saboteur causes the player to lose a life or the repair man to drop off the pipe meaning the player has to go collect another one. There is also a lobster which occasionally appears on the pipe. This is impervious to your bullets but you can selflessly sacrifice one of your sidekicks to get rid of it.

Super Pipeline is a very playable and addictive game. The graphics have the trademark C64 blockiness but are well animated and suit the game perfectly. There are great tunes, jingles and sound effects. It even features short cut scenes in between levels à la Pacman.  Highly recommended.

Starship Command is a space based shooter for the BBC.  I did play this back in the day, but didn’t get into it as the controls take a little getting used to.  The controls are the usual left/right/thrust/fire.  You also have a brake key to slow you down and keys to alternate between having either your scanner or shield switched on. On top of this there are keys for launching either a port or starboard escape capsule.  Basically you need three hands.

The main portion of the display shows a top down view of your starship (the first one reminding me of The Liberator from Blake’s 7).  You have both a long range and short range scanner placed on the side of the screen to allow you to find enemy ships.  When you do find the enemy you can switch on your shield which disables the scanners.  Your shield energy replenishes slowly when you are not being hit.  There are also slider bars showing your velocity and turning speed.

Controls are inertia based, much like Asteroids, but the whole playfield rotates around your ship.  This can make it somewhat difficult to aim or tell whether you are moving, turning or stationary.  The inertia is also quite strong making the ship slow to change direction.  Although these last points seem like criticism, they all add to the challenge of the game.  A neat touch is you can launch an escape capsule if you are about to be killed in combat to allow you to fight another day.  It can be launched from either side of the ship but you have to be careful it is not destroyed before it leaves the playfield.

The graphics are only monochrome but there are neat spot effects and it is quite addictive one you get used the controls.  Persevere and you will be rewarded with a great little shooter.