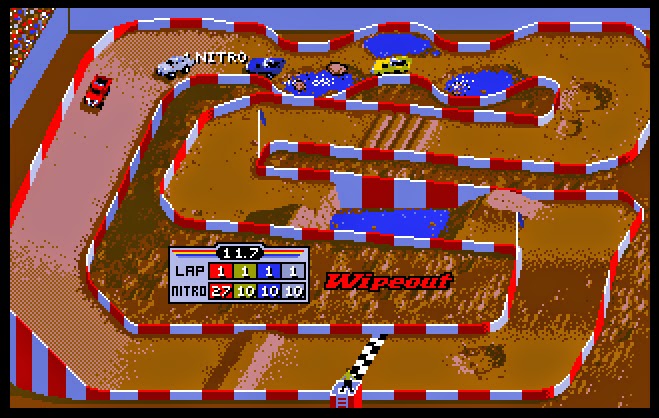 Ivan ‘Ironman’ Stewart’s Super Off Road is another game I loved in the arcades and purchased as soon as it became available on my .  The arcade game was released by Leland Corporation in 1989 in a similar looking cabinet to Super Sprint.  I was surprised it was not released by Atari itself as it rips off borrows a lot of the look, gameplay and features from the Sprint series of overhead racers.

Home conversions of Ivan ‘Ironman’ Stewart’s Super Off Road started appearing in 1990.  It was released on the major handhelds, consoles and computers of the time.  On my shortlist I had versions for the Atari ST, Commodore Amiga, NES, SNES, Sega Mega Drive and Sega Master System.

The SNES, Master System and games were respectively released in 1991,1993 and 1994.  They dropped Ivan ‘Ironman’ Stewart from the title and became Super Off Road.  They play a lot faster than the arcade machine and had other gameplay differences so will not be included in this entry.  Of the ‘proper’ conversions, the NES suffers against the ST and Amiga in terms of gameplay, graphics and sound.  Although the Atari and Commodore versions look and play identically, the Amiga has the best audio. 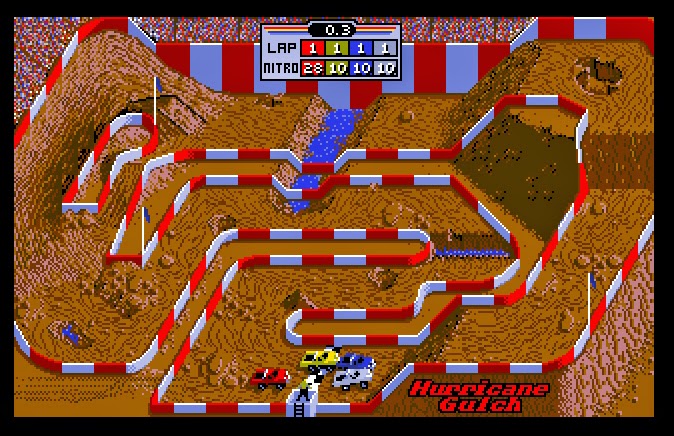 As you can see, Ivan ‘Ironman’ Stewart’s Super Off Road is a top down racer.  The game plays much like Super Sprint but at a slower pace.  The race cars have been replaced by off-road trucks and the racetrack has been replaced with a dirt track.  Various obstacles such as ramps, water splashes and hillocks are there to throw your car off course.  The game is played over a series of 99 races around 8 different circuits.

Each race lasts for four laps and the goal is beat Ivan who drives the grey AI car.  Finishing behind the grey car results in game over, although you do have couple of credits to allow you to continue.  During the race, power ups in the form of nitro cylinders occasionally appear and can be picked up by driving over them.  Nitro gives your car a speed boost (or at times pushes one of your opponents backwards) at the press of the fire button.  Money can also be picked up which supplements the prize money you receive by finishing on the podium. 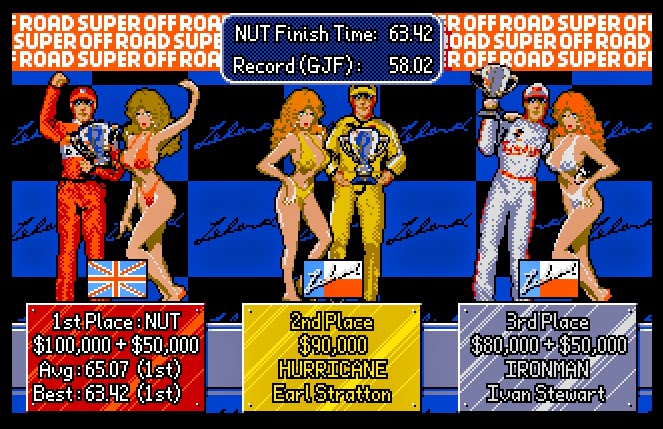 Prize money can be used in the Speed Shop to upgrade your car between races.  Upgrades include acceleration, top speed, tyres, shocks and more nitro.  The extra credits you receive can also be converted into cash to buy more upgrades instead of being used as a continue. 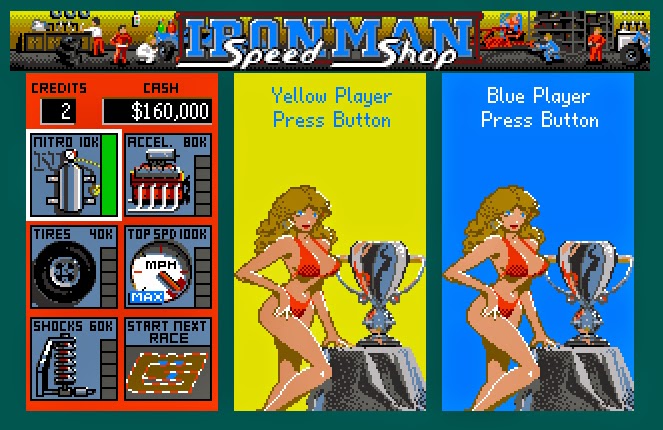 Like all these types of games they really come to into their own when playing against a couple of friends.  One person can use the second joystick while another can use the keyboard.  The keyboard controls are not much of a disadvantage as the joystick controls can be a little awkward.  The sole fire button is used for the nitro and pushing forward accelerates the car, meaning the joystick has to be held forward for practically the whole race.  There is no brake.

I do like these overhead race games and Ivan ‘Ironman’ Stewart’s Super Off Road is no exception.  The Amiga does a reasonable job of replicating the arcade graphics, if not the sound.  It can be limited as single player game but really comes to life with one or two friends around the same TV.  This is something unfortunately missing in modern gaming. 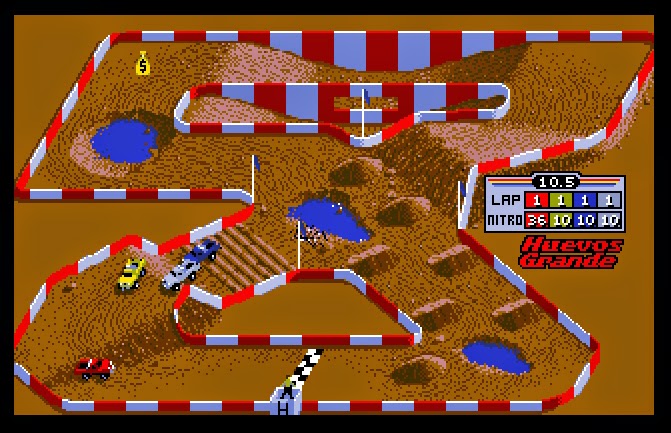