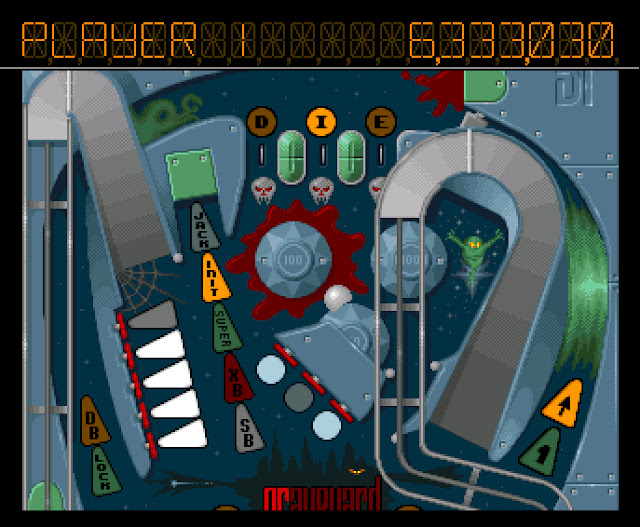 Pinball games have been few and far between on my shortlist.  There have been a few 8-bit games which were fairly primitive in both looks and physics.  More recently I've played four games in the 'crush' series.  While good they were designed from the outset as video pinball games and could never be physically recreated.

So, Pinball Dreams is the first such game to be included on my blog.  It was developed by Digital Illusions and originally released in early 1992 for the Commodore Amiga.  It has been ported quite a few times up to and including an HD version for OS X in 2011.

On loading the game the credits appear and it is reassuring to see an entry for 'Realtime Ball Calculations'.

There are four themed tables included in the game -


Each table is a tad over two screens high and scroll vertically.  They also have their own theme tune playing throughout.  Although decent I found the music overpowered the sound effects, but thankfully they can be switched off. 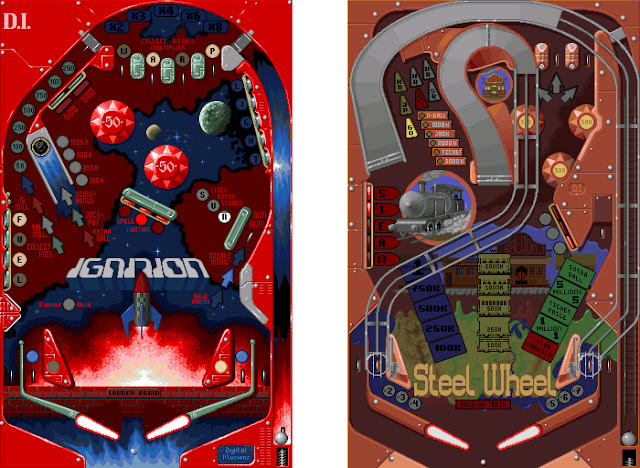 The controls are responsive with several keys to choose from for the flippers (I chose left and right shift).  The plunger can be controlled by the down arrow or pulling back on the mouse.  The space bar acts as the 'tilt' key although I have never understood why this is always included in video pinball games.

Apart from loading times, the only real criticism I can lay against Pinball Dreams is that the tables look slightly bland and flat.  This is especially so compared against the fantasy 'crush' series, and even against the Space Cadet table that came free with Windows XP.  I suppose the 32 colours the Amiga can display at once doesn't help there.  It is, however, the physics that can make or break a pinball game and in Pinball Dreams they are spot on. 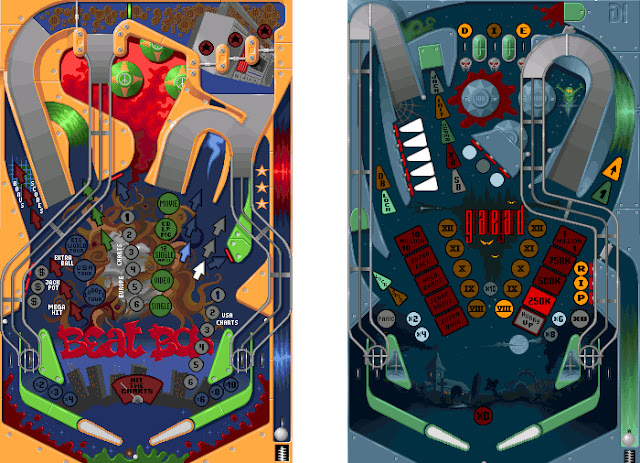