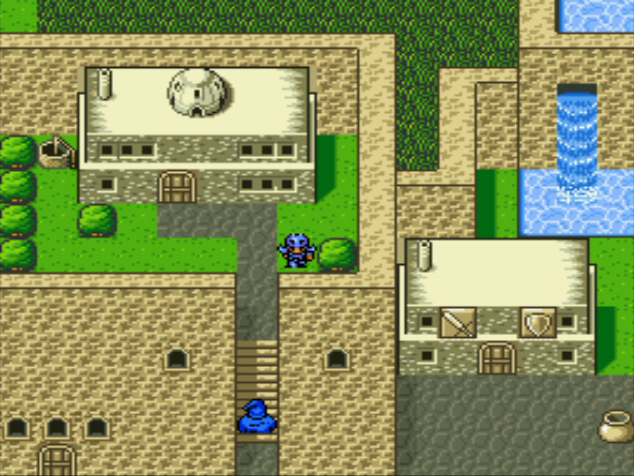 The fourth game in the series and the second to be translated into English, Final Fantasy II was released in North America for the SNES in late 1991.  In Japan it was known as  Final Fantasy IV, as were subsequent remakes after Square decided to sync the names for Final Fantasy VII.  As well as the name change, Square lowered the difficulty level as they were worried US gamers would find the game too hard having missed the previous two titles in the series.  Final Fantasy II also fell foul of Nintendo of America censorship policies - several death and religious references were changed or removed.

Like Secret of the Silver Blades, Final Fantasy II was a game I had high expectations for, but failed to deliver as I had hoped.  It was a title I wanted to finish as I had completed the previous three installments, but won't be counted as a full entry on my blog.

My main problem concerns the plot.  It starts off well enough with the protagonist, Cecil, questioning the Kings motives for forcibly taking the elemental crystals from peaceful towns.  It later became so convoluted I simply lost interest.  Much of the game had you travelling the world collecting the crystals before the bad guys got to them, only for them to be snatched from your grasp anyway.  You might as well have just gone straight for the big boss.  According to Wikipedia, the designer acknowledges that some parts of the story were "unclear" or were not "looked at in depth".

Another issue I had is that, besides Cecil, there were eleven other characters you can have in your party.  As only five slots are available, the additional cast where swapped in and out at the whim of the plot making it hard to care for any of them.  I just looked on them as tools to advance the story.

Both of the above took the shine off Final Fantasy II for me.  Don't get me wrong, it is still a good game or I would not have completed it, just not one of my favourites.  Here are some of the good points...

The move to the 16-bit SNES allows for greatly improved graphics and sound.  The greater detail in the character sprites mean little things, like a nod or a turn of the head, gives them a personality that could not be created on the NES.

The music is of a high standard and much more orchestral than the NES titles.  A track or two sounded out of place but overall the music is very good indeed.

The combat screen and combat options look pretty much the same as the earlier games, but Final Fantasy II introduces the Active Time Battle system.  Combat is now in real-time making it a bit more exciting than selecting all the moves at the beginning of a round.  When a character flashes it is their turn to attack, cast a spell etc.  They will only flash again when a cool-down period (depending on their speed) has passed.  Casting spells or using special moves takes longer than a normal melee attack.

The programmers made use of some graphical trickery in Final Fantasy II.  Some areas have parallax scrolling and when flying an airship, the world map tilts slightly giving a 3D effect using Mode 7. 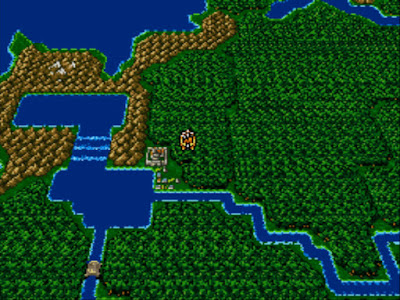 To summarise the plot, Golbez has mind control over King Baron (and later Cecil's best friend Kain) and is using his men to gather all the elemental crytsals.  Golbez makes a lot of enemies along the way with most of them joining the player.  Golbez is in turn controlled by Zemus, a Lunarian living on an artificial moon.  Zemus wants the crystals to destroy humans so the Lunarians can take over Earth.  After Zemus is defeated he turns into Zeromus, the final boss.  It also turns out Cecil's father was a Lunarian.  Oh, and Golbez is Cecil's brother.